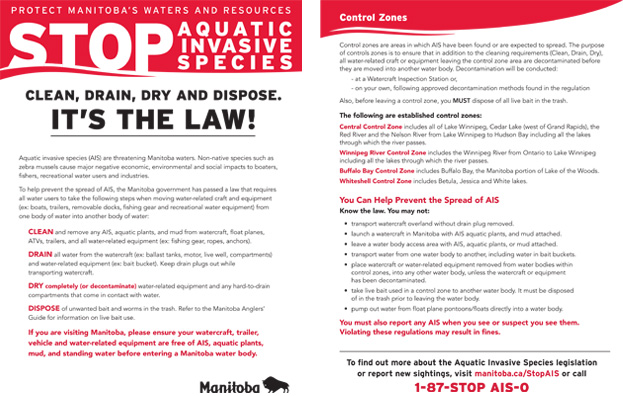 While densities vary between harbours, expect to see increased densities on watercraft and motors. Please pay special attention to water intakes when you remove watercraft from the harbours this open-water season.

Learn more about preventing the spread of Zebra mussels here.. 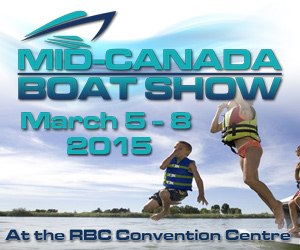 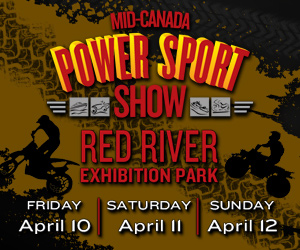 Check out what you missed at the Mid-Canada Powersport Show

Check out what you missed at the Mid Canada Boat Show

These are the Application and Benefit PDF documents. Click a picture or the link below to download.

Your membership in the Mid-Canada Marine and Powersports Dealers Association ensures that your voice is heard when dealing with issues that have an impact on the marine and powersports industries and need to be addressed through the strength of the MMPDA organization.

The Mid-Canada Marine and Powersports Dealers Association (MMPDA) is proud to announce their new member education program focusing on Creating An Excellent Customer Experience.This industry specific program is open to members of the MMPDA and is delivered by Don Comack of Comack and associates inc. For more information please contact the Association Office by sending an email to info@mmpda.ca This e-mail address is being protected from spambots. You need JavaScript enabled to view it

Did you know that the Marine and Outdoor Power Equipment Technician is a Designated Trade in the Province of Manitoba?

It’s true, 5 years ago the Mid-Canada Marine and Powersports Dealers Association approached Government asking that the trade be designated in our Province and we are pleased to report that the Marine and Outdoor Power Equipment Technician (MOPET) became an official trade in 2009.

If you are interested in an exciting career in a fast paced industry, are mechanically inclined and are passionate about outdoor powersports, you will want to check out this great opportunity.

The industry is hiring and apprentices are being accepted now! Click on this link for more information, www.mmpda.ca/careers.html.

Mother Nature has done it again! She has blessed our region with fantastic summer weather, resulting in some of the best sales figures seen in several years. Aluminum boat sales have been the leader, closely followed by fiberglass.

Fishing tournaments in northwestern Ontario have been very well attended with many younger people participating. This new interest from the younger generation is paramount to the future of the marine industry in this region and we look forward to a whole new generation of boaters and fishers!

City TV Winnipeg, a division of Rogers Media, was on hand to film the KBI fishing tournament in Kenora Ontario, as well as the LOWISA, which is an international sailing race. Both events were then featured on Breakfast TV, City TV’s morning show.

A number of dealer members have been participating in “On The Water” minishows, which are held at the Pony Corral Pier 7 restaurant in Winnipeg. The owner of the restaurant is a huge supporter of the MMPDA and boating in general. Patrons of the restaurant have the opportunity to view the latest watercraft and participate in a demo cruise on the Red River. This type of handson activity promotes boating and generates leads for participating dealers. These events also promote boating on the Red River, which is an integral waterway through the province of Manitoba. Water access, i.e. launches and docks, continues to be an issue, however, one that the MMPDA is committed to working on.

Off Road Vehicle Sales have also been steady this season in spite of some regions being closed due to fire hazards in the spring. Side by Sides continue to grow in popularity. Much discussion around land access has taken place between the Province of Manitoba and several user groups. MMDPA continues to speak to government about safety, conservation, land access and a designated trail system for Manitobans to use their Off Road Vehicles. MMPDA continues to provide moral support to the All Terrain Vehicle Association of Manitoba, the provincial user group, by including them whenever possible at these meetings. There is still much work to do to at the government level to ensure that Manitobans continue to have access to land on which to ride.

The Snowmobile industry is alive and well, and dealers are encouraged by the number of “sledders” asking when they will see the new units on the showroom floor. Despite a poor snowfall last year it seems that the snowmobiling community is excited about next winter. Snoman, manitoba’s provincial user group is planning their 2nd Annual Snowmobile Congress – November 9th & 10th at Club Regent Casino Hotel. The 2011 Congress was very well attended and plans are in the works for a bigger and better event for 2012.

With low snow conditions, spring came early and long hot summer days have allowed the motorcycle community to flourish. Retailers have enjoyed consistent sales for a longer than normal riding season. The MMPDA has met with several departments of Manitoba Public Insurance to discuss safety and other initiatives. The MMPDA continues to make presentations at the annual Public Utility hearings regarding motorcycle rates.

While MMPDA members have been enjoying brisk sales over the summer, the work of the Association continues. The Education Committee has been working on the development of a member education program that will focus on customer service for the entire dealership. The Association has contracted Comack and Associates to develop the program and conduct a needs assessment survey that will provide our members with valuable information that will assist them in improving their individual businesses. The needs assessment will also provide much needed information regarding the type of education that members would like to see offered by the MMPDA, as well as how members perceive the value that they receive from the MMPDA. We look forward to rolling out the program late 2012/early 2013.

With summer 2012 behind us, the MMPDA is looking forward to the AGM and Member Dinner in November, Powersports Show in February and the Boat Show in March.

2021 Mid-Canada Boat Show & Sale is cancelled due to the COVID-19 pandemic.

We’ve left the 2020 show website “live”, so that you can visit our exhibitors online!